103 years ago, my Grandfather was hit by shrapnel in a fierce battle to capture Trônes Wood south of Longueval in Northern France. He had arrived in France a year earlier on the paddle steamer SS Golden Eagle now a troopship that left Folkestone July 27th 1915. 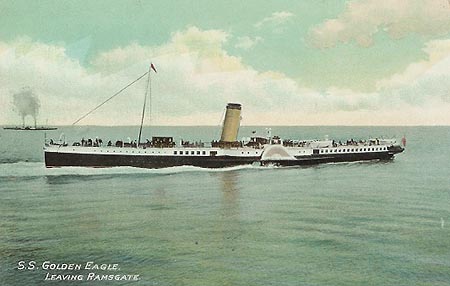 It was at least the eighth attempt to capture this heavily defended area and already thousands of lives had been lost.

It was a successful attack. My Grandfather Private Robert Norman badly injured was evacuated back to the UK. He died 40 years later with some of that shrapnel still in his leg.

His injury needed constant attention for the rest of his life and he is commemorated on the WW1 Roll of Honour at his local church in the village of Wrentham, Suffolk.

He joined the 7th Battalion East Kent Buffs as a Kitchener volunteer in 1914 and I was able to follow in the footsteps of the Buffs on their way to Trônes Wood as part of the Battle of the Somme in July 1916.

Visiting WW1 Battlefields and the Cemeteries that go with this dreadful war is emotionally exhausting. Standing where my Grandfather was so badly injured was overwhelming. Tearful too.

That personal link is not needed for this land of the dead to leave any visitor humbled by the deeds of these brave men and women who never left the fields of France.

I was lucky to be guided through the battlefields of France by Clive Harris who runs Battlefield Honours based in Aston, Hertfordshire. He is often consulted by our top Historians to make sure they have things right. He is a WW1 Historian second to none and his knowledge is just staggering.

To stand in a field and pick up a spent shell case of a rifle bullet like this and probably fired at my Grandfather was truly amazing. Do not try to take ordinance home with you as some is still dangerous and security at Lille Rail station is on the lookout for it.

Now the commemorative events for the ending of WW1 in 1918 are over this is a good time to take time to form your own view on the war that did not end all wars.

The endless cemeteries provide an accurate footprint of the scene of the famous battles like the Somme, Vimy Ridge, Ypres and more.

The town of Arras is a good base and Euro Star to Lille a good route for a visit to WW1 France.

The underground tunnels of Arras where home to 24,000 British troops who launched a surprise attack on German lines in April 1917. New Zealand tunnellers used the chalk quarries as the base to create a protected pathway for troops to emerge into surface trenches just yards from the German lines.

You can visit this underground world with areas dating back to medieval times. 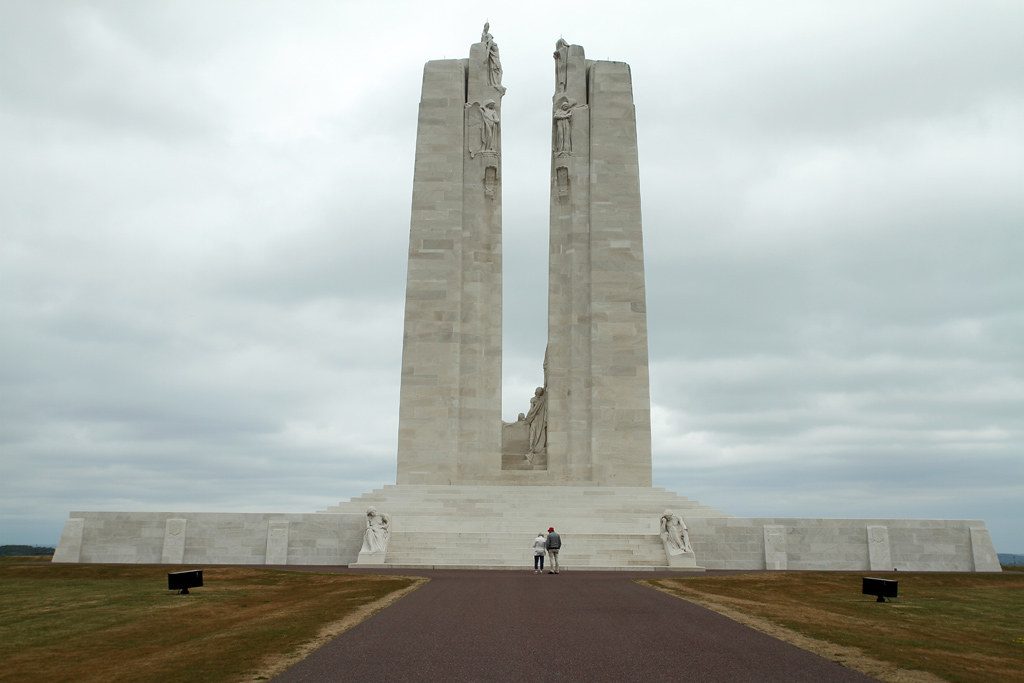 The Vimy Ridge memorial sits on land that France gave to Canada in recognition of not just Canadian forces who took this strategical area in a fierce battle of 1917 but to the countries contribution to WW1. The Canadian Government finance an excellent visitor centre with a taste of trench life nearby. This includes an insight into the world of the deadly sniper. 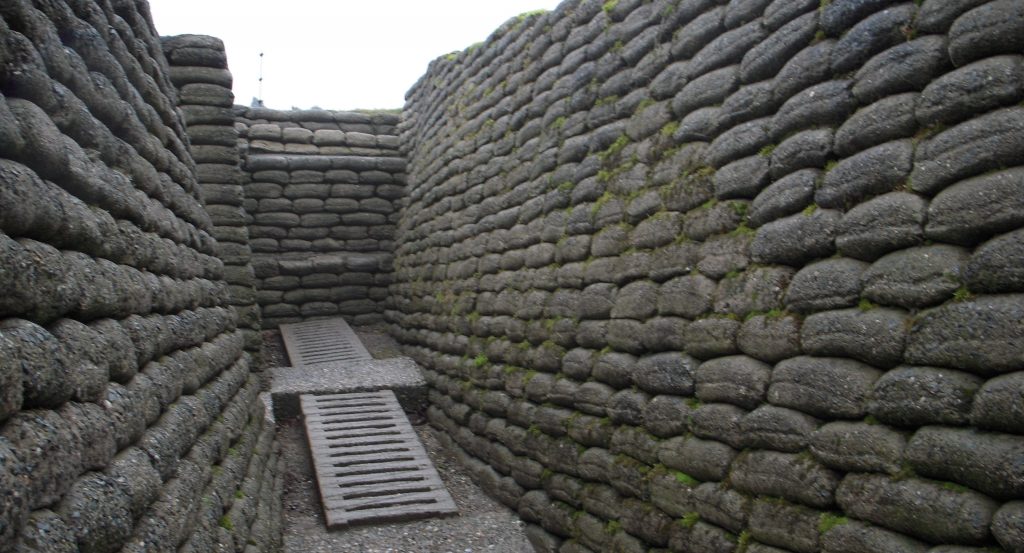 As you stand at the memorial, try to imagine a formation of British tanks in the road below. In 1940, these tanks ambushed a German detachment lead by Rommel. The ambush prevented his group of tanks being used against forces being evacuated from Dunkirk.

Look into the sky and imagine it is 1944 and you are a young Canadian Lancaster Bomber door gunner. Your plane badly damaged after a bombing raid on a German city the pilot has told his crew they are going to crash in sight of the Vimy Memorial.

That young gunner says some sort of miracle occurred as the pilot pulled the bomber up and with the escort of an American Mustang fighter they made their way back to the UK to the music of Glen Miller.

We know this because that young gunner made his own personal pilgrimage to Vimy Ridge and the Memorial that he was convinced would be the last thing he saw before he died.

The largest Commonwealth War Graves Commission cemetery in the world is Tyne Cot. This is the area of the Western front that saw the battles of Ypres and Passchendaele.

The names of all the fallen in this cemetery are read out on a continuous loop in the visitor centre. These readings quieten even the noisiest disrespectful coach load of schoolchildren on history lesson tours.

Ypres Town and St Georges Church are a must visit as is the Menin Gate and its evening last post ceremony. On this visit, I thought the ceremony had lost a bit of its meaning and had become too much of a tourist attraction. World War Two is the only period since 1928 that the last post has not been sounded at 8pm.

In September 1918 preparations were underway for coordinated attacks on the Hindenburg Line. One of the last great battles of WW1

If you are in the area on Wednesday September 11th the Charlton and Woolwich Free Film Festival will be showing “They Shall Not Grow Old”,Peter Jackson’s highly acclaimed documentary about WW1 and the Western Front. Author and Historian Clive Harris will introduce the film and conduct a Q&A session.

In the spirit of the Festival, it all happens at the White Swan Pub, Charlton SE7 8UD. Doors open 6.30.

Clive Harris and his team can be reached at Battle Honours LTD.